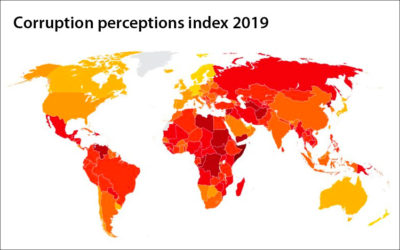 The latest World Corruption Index was released last week. As was expected, the details elicited various reactions. The Peoples’ Democratic Party, PDP, got a kick from it as it attempted to used Nigeria’s scores on the Index to hit at the government’s anti-corruption credentials.

Expectedly, Presidential Spokesman, Garba Shehu immediately released a riposte. Saying that the scores from Transparency International, organizers of the global corruption exercise, was simply a perception index. Implying that the data was not real or factual.

Yet the bigger issues arising from the presentation of the corruption scores must be the following: