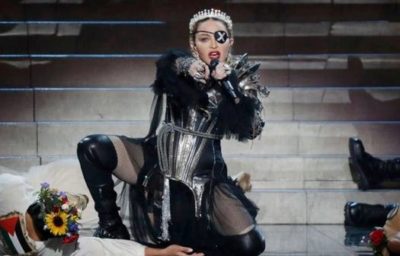 Legendary singer, 61-year old Madonna got a shocker while performing at the London Palladium last week. She was still singing when the sound was turned off and the curtains began to close on her after she exceeded the 11pm cut-off time. Despite going ahead and rendering an acapella version of her song, I Rise, to the delight of some fans, there were other admirers who supported the decision of those who pulled the plugs.

Who are those who pulled the plugs and curtains again?