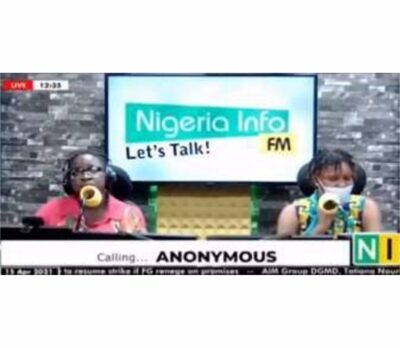 Yesterday my neighbour came to me to discuss the story of the gentleman who called into 99.3 Nigerian Info FM some days ago to share a most excruciating tale. He told the two presenters that he has a child with his mother-in-law. Also, he described his wife as an amazing woman. Unfortunately, he ran out of call time as one of the presenters prodded him for more information yet no one who has seen the clip would miss the pain and regret in his voice. Before the call ended abruptly, he asked if the presenters or anyone could help him.

My neighbour told me that he has a few ideas but first of all the gentleman should look for the blockbuster Avengers Infinity Wars by Marvel Studios and pay close attention to Dr Strange’s ‘revelation’ after he had gone “forward in time to view ultimate futures. To see all the possible outcomes of the coming conflict.”

When Dr Strange was asked, “How many did you see?” he replied “Fourteen million six hundred and five.”

At first, I didn’t see the connection between a man experiencing trauma from one of the knottiest entanglements ever and Avengers Infinity Wars. He saw the look on my face and proceeded to show me the connection between the two. Both scenarios are alike because in terms of outcomes because the negatives far outstrip the positive. In fact, Dr Strange only answered the last question after a long pause.

It was his way of saying the chances of victory against Thanos, were very slim, among other depressing clues he expressed through his body language. Trust my neighbour, if I didn’t stop him, he was almost making the matter an examination of the movie instead of the real-life situation someone, somewhere is battling with at the moment.

But my neighbour cautioned me. This is not a situation that requires a quick fix and all of us in love with the quick fix serum should be careful. Some situations in life cannot be hurried or microwaved. This is one of those situations. There are no easy options. None. Almost every option has brokenness, heartache, indescribable pain written all over. I had to tell my neighbour not to depress me any further.

The radio clip was already depressing enough. When he said he had some ideas on what the gentleman in question could do, I looked at him with raised brows. Of course, when he started with Avengers Infinity Wars, he had my full attention but he left the movie behind after a while and began to talk about a surgeon deftly cutting his way around a patient’s vital organ that has been affected by a yet unknown condition.

What should the man do? I reminded my neighbour. I didn’t mind the detours but I didn’t have all the time. Here is how he answered me. “When I was under the shower this morning, I heard the words, “Woe unto you, scribes and pharisees, hypocrites! For you pay tithe of mint and anise and cumin, and have omitted the weightier matters of the law, judgment, mercy and faith: these ought you to have done and not to leave the other undone.”

I am familiar with the biblical passage but I didn’t understand what he was getting at. He helped me.

“Did you notice the order in which the weightier matters of the law were listed, he aske me. I nodded my head: Judgment, Mercy and Faith. “It’s not a coincidence. Judgment is the first leg of this case. Next to it is mercy. Then faith. In that order.”

I reminded him that the gentleman wanted to know what he should do. My neighbour was ready for me. “Did you miss the line ‘these ought you to have done and not to leave the other undone?’ I didn’t know when I blurted out to him: “Please can you break it down? So that he can set each step as a goal he must achieve.”

“You are unbelievable, my friend. Do you think this is one of those things you put in your goal-setting framework? First of all, tell him to remove from his mind a terminal date by what time he would have put all these behind him. Even when some of the pain disappears, the scars are not likely to leave him. He cannot blame anyone else but himself. He should not make excuses or rationalizations. He should accept full and complete responsibility. Killing himself is not an option. Or wishing hurt, harm, ill or death to anyone affected directly and indirectly. He should accept the fact that by his actions he has forfeited certain privileges, which he may never regain until his sojourn here is done. These and some others, which I cannot say here, are some of the elements he’s to deal with as he looks in the mirror and the man in front of him tells him to face judgment squarely.”

“By the time, he gets the witness in his heart that judgment is being served, he must consider what acts of mercy he owes those mostly affected by his actions. His wife, his daughter, his son, his father-in- law…”

“What of his mother-in-law? I thought that was a good place for a pushback.

“Has she phoned in yet to ask for help? If she thinks she has not done anything wrong, what can you do? I am not dealing with her case right now. By the way, mercy is not a one-off; it is a tool that must be in his bag at all times. Beyond the scope of those mentioned earlier, he should show mercy to everyone he encounters from now onwards. And he must have faith. First, in God, the Judge of all the earth, and in the due order.”

I told him I didn’t understand the last bit. He smiled and with a wink in his eyes he replied, “Further details and explanations are for the gentleman’s ears only.”

Now you see why in the beginning I asked the question that’s the headline of today’s post: Can anyone reach the gentleman who’s married to ‘an amazing wife’ but has a child with his mother-in-law? 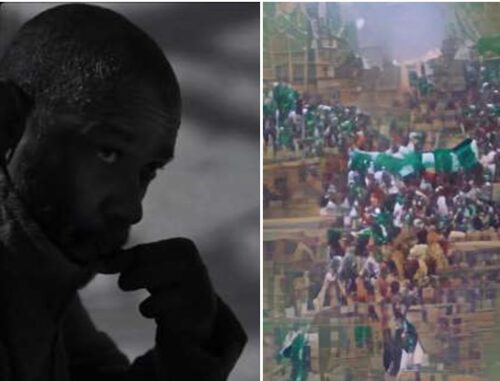 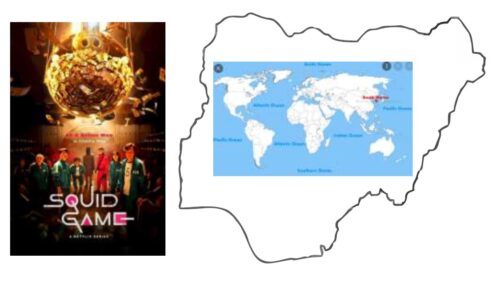 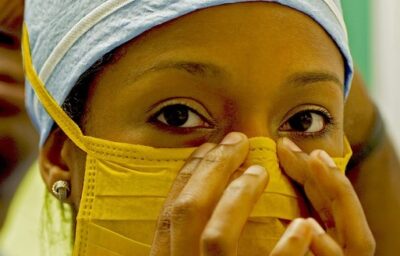